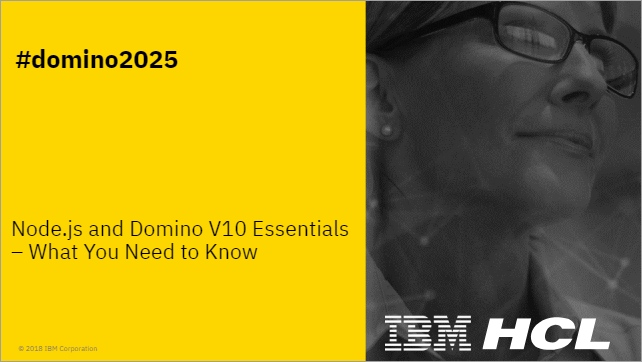 In the latest webinar on the upcoming Domino Version 10 release, Paul Withers from Intec Systems Ltd , John Jardin from Agilit-e and Jason Gary from HCL Technologies focus on the development opportunities of Node.js and Domino.

So, why are Node.js and Domino a match?

Let’s see how Node.js and Domino bring unique benefits to the table, such as:

Node.js offers a unique opportunity to develop new apps based on Domino.

While Node.js garners much attention, significant improvements are being made to Domino and NSF databases as well. When combined with the power of JavaScript, this brings Domino apps to the next level. You can use the Domino database just like any other database, but enjoy the security that a Domino database offers. Note, that you can use Angular as well, not just Node.js. Essentially, the goal is take the stack of Domino web server and make it available to Node.js to process.

The architecture: there is no communication directly to the NSF. The communication is made through the API gateway. None of this has been done through Domino Designer and this is a request from Domino developers that will be addressed. 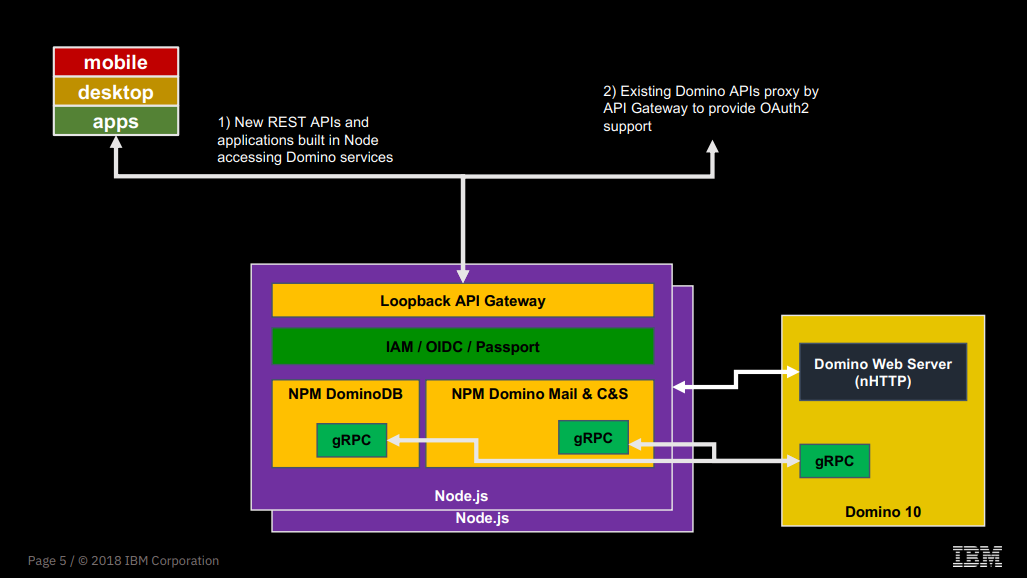 The next great thing that is new is Container Clustering, which offers a different approach. You don’t need to build 3rd party technologies into Domino. You have a bunch of echnologies that exist as a sidecar to a Domino environment, with each one existing independently as a container. To top all of that up, all the communication is done through APIs. 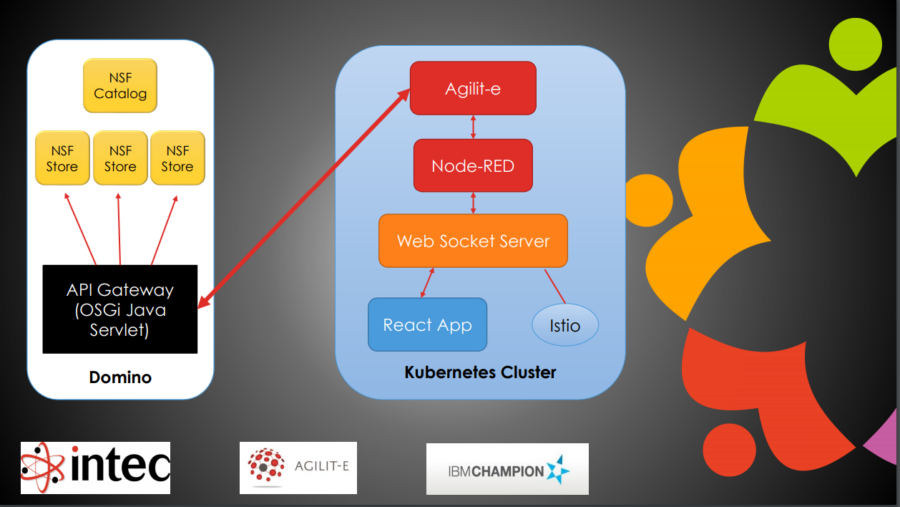 Here is how you can approach things:

ReactJS is a library, not a platform, so you can decide and model everything as you see fit, on a user interface that is well managed. It’s lightning fast and the real benefit is it’s like designing a Node.js app without using traditional Javascript, so you move faster. 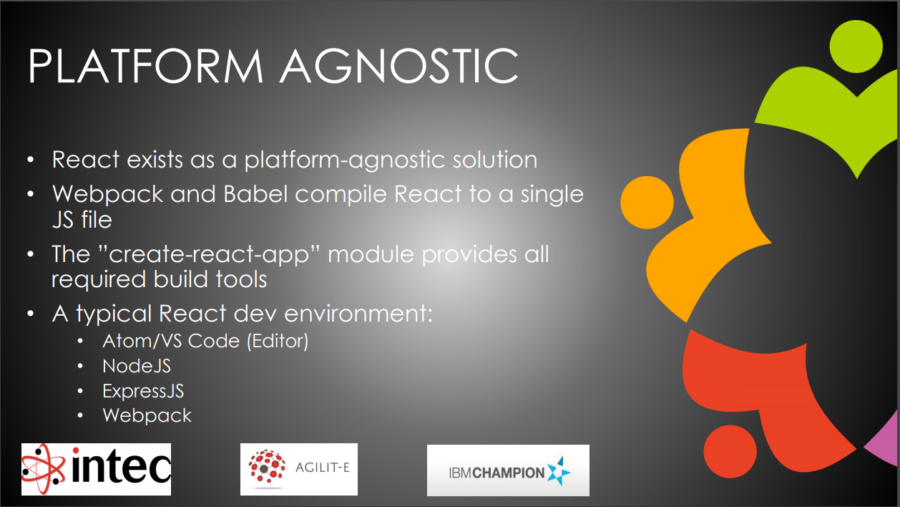 When analyzing REST vsAPI you will notice that:

Code for failure and “bad data” – ON BOTH SIDES:

Wherever the database has no control over what is given, the API gateway enables a greater control over your database, meaning more planning. Someone might pass in that API without adding some needed info so you need to make sure that you have added all the needed parameters.

When comparing REST to API Cont you will see that there are some security considerations to be checked:

Be careful what you expose:

NODE=RED is an integration tool for wiring together APIs and online services, which is available on IBM Cloud, local Node.js app or Docker. (You should note that Docker containers not aware of host’s “localhost” or other containers)

You can schedule tasks via Inject node (or Big Timer) and use additional nodes for e.g. Watson Services, Connections. One other thing you might like is that basic authentication can be set and the flows can be imported/exported as JSON.

Just to summarize a bit, NODE-RED and API means FLEXIBILITY .

Node-RED – Installable alongside Domino with NodeJS:

When talking about Microservice Patterns you have :Micro-Functions: