As more information is being revealed about Domino 10 the further we get into 2018, the clearer the roadmap for its improvement and development becomes. With all the interest that Domino v10 release is generating, it’s helpful to look at it in a more organized way, especially in terms of improvements that will affect the future of application development.

This has finally been made possible these past two months with the info that IBM has presented at Social Connections and Engage conferences.

As already has been revealed earlier this year, the main areas of focus in Domino v10 are App Development, Experience and TCO (protecting the previous investments already made in the platform).

Let’s take a look at the roadmap for app development in Domino 10. 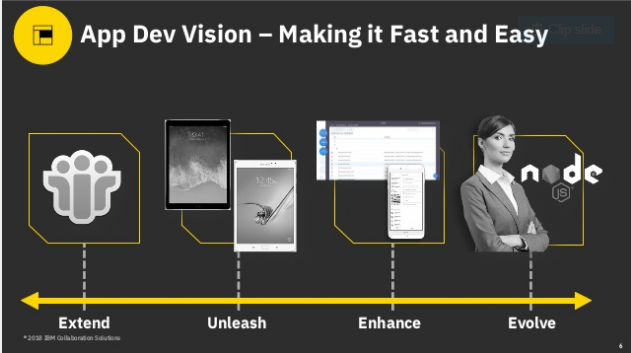 First, a quick refresher on all that Domino as a platform already brings to the table, compared to every other app dev platform out there:

The initial Domino v10 plan is to extend the value of existing apps via feature updates, then add iPad support for Domino apps for a mobile experience, enhance via collaboration and workflow integrations, and, finally, evolve to the next level with JavaScript, Node.js, Docker, E-search and more. 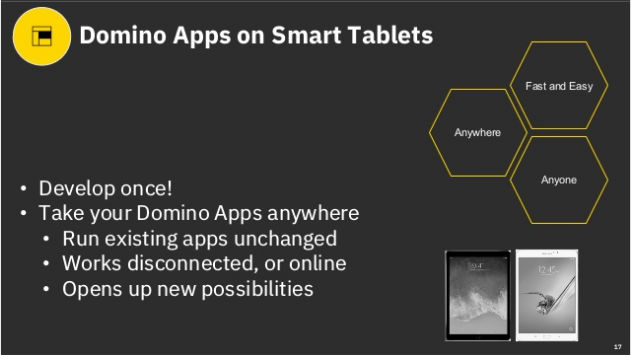 The list of planned enhancements to Domino v10 so far includes:

Also, Domino 10 will have the following security upgrades:

The V10 Managed Beta so far has been planned for Q3, along with more information to be released at upcoming Collabsphere , CWP Event and ICON UK.

The plan for the Domino platform doesn’t just end at v10. It’s only the first step. The next planned version of Domino, version 11, promises to take the platform further towards low code development and open IDE environment, engaging the citizen developer. It also plans on adding open email and powerful analytics, as well as further integrating relevant Microsoft & Apple technologies, and improving operations.

Sounds like a good plan for #domino2025 right? There is still so much more we can be excited about.

Make sure to follow our blog in order to be kept updated with what’s next in the Domino 10 roadmap.